This morning we ate breakfast with Joan and her God-daughter, Mary Frances, who just graduated from high school. This trip is the young woman’s graduation gift.  She got to choose between Spain and Canada.  Clearly this Joan gets the St Joan of Godmothers’ prize.

Our float trip depended on weather –whether it rained or not.  When we left at 9 am the skies were gray, but no rain so we suited up and hopped (eh, maybe not exactly hopped) onto the raft.

I felt safe with Andrew handling the oars once I found out his experience included white water rafting on the Ganges River. First I said, “Ew,” but then he explained that they were rafting near the Himalayas. All I could picture was the brown Ganges you usually see in National Geographic articles.   (On second look the water in the above photo looks a little brown.)
Around the first bend we got this view of our hotel, fashioned after a Scottish castle. Banff Springs Hotel in Banff National Park. 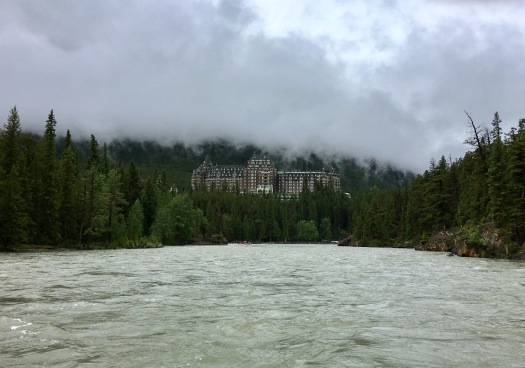 The water was running FAST.  If the guide hadn’t purposely slowed us down for these views we would have been done in 30 minutes!

These pinnacles of sandstone and hard rock are called Hoodoos.

So…there’s a story behind these light green low shrubs.  But I can’t remember what it is.  It will come to me around midnight.

Rafting trip over, it was time for some serious shopping in the little town of Banff.  How do you like this notice: 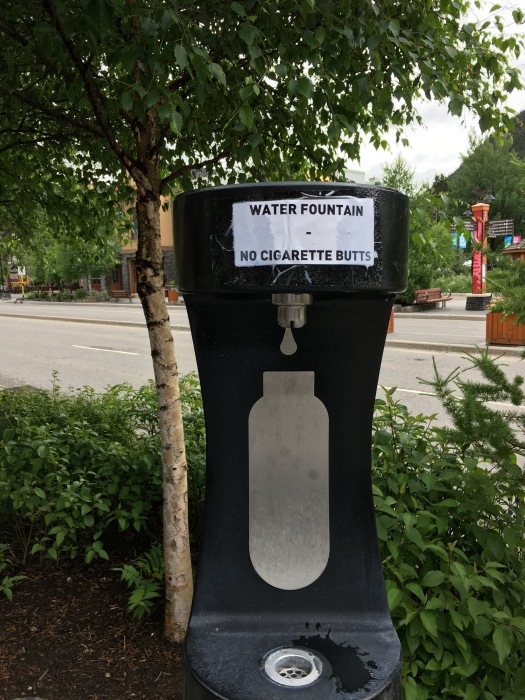 Possibly could be mistaken for urinal also.

Here’s a shot of downtown Banff… 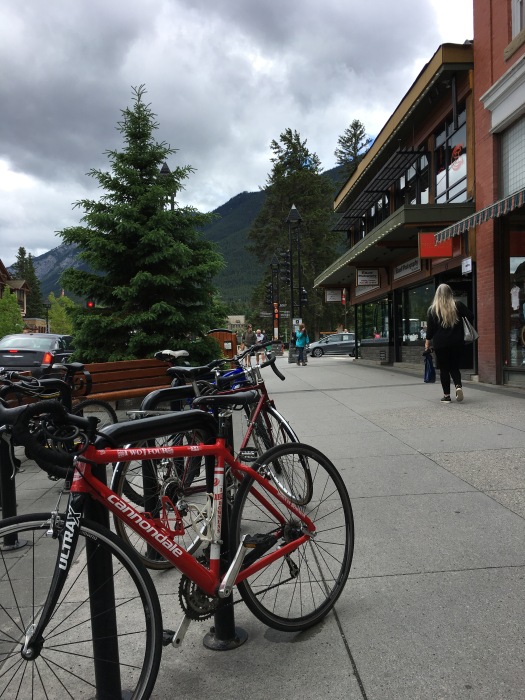 …and John explaining something to me, no doubt.  What he was saying is stored away with the above mentioned Bush Story.  We happen to know that woman walking down the street.

Tonight is our last night with the whole group. A few of us are spending tomorrow in Calgary and flying home Friday.  This trip has been a dream of John’s and it certainly lived up to our expectations and even exceeded them.  We met some fun people and hope to continue corresponding with some.  John found a kindred spirit in a man who is his church’s Building & Grounds Guy, like he is.  A lot of ideas traded.  New Facebook friends!

A quick change of clothes and we were off to a Farewell Reception and Dinner here in this grand hotel.  The special guest speaker collared John for misconduct: 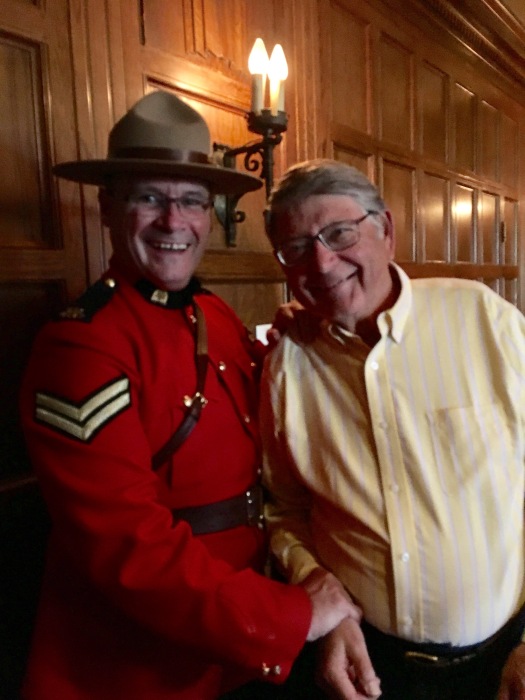 One last circle around the castle-like building just before sunset.  Filter applied  to this pic that was our dinner view. 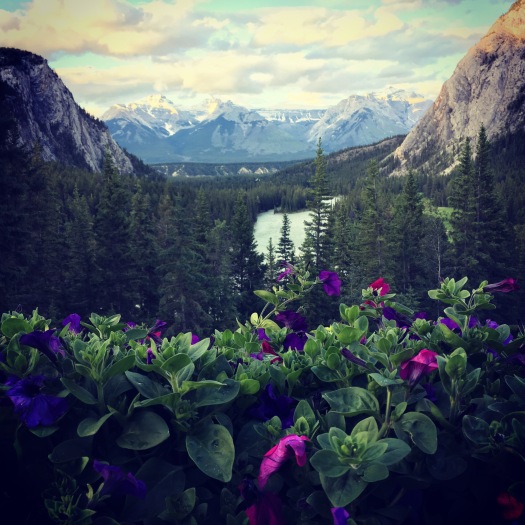 One Reply to “Go Float Your Boat continued from premature post!”